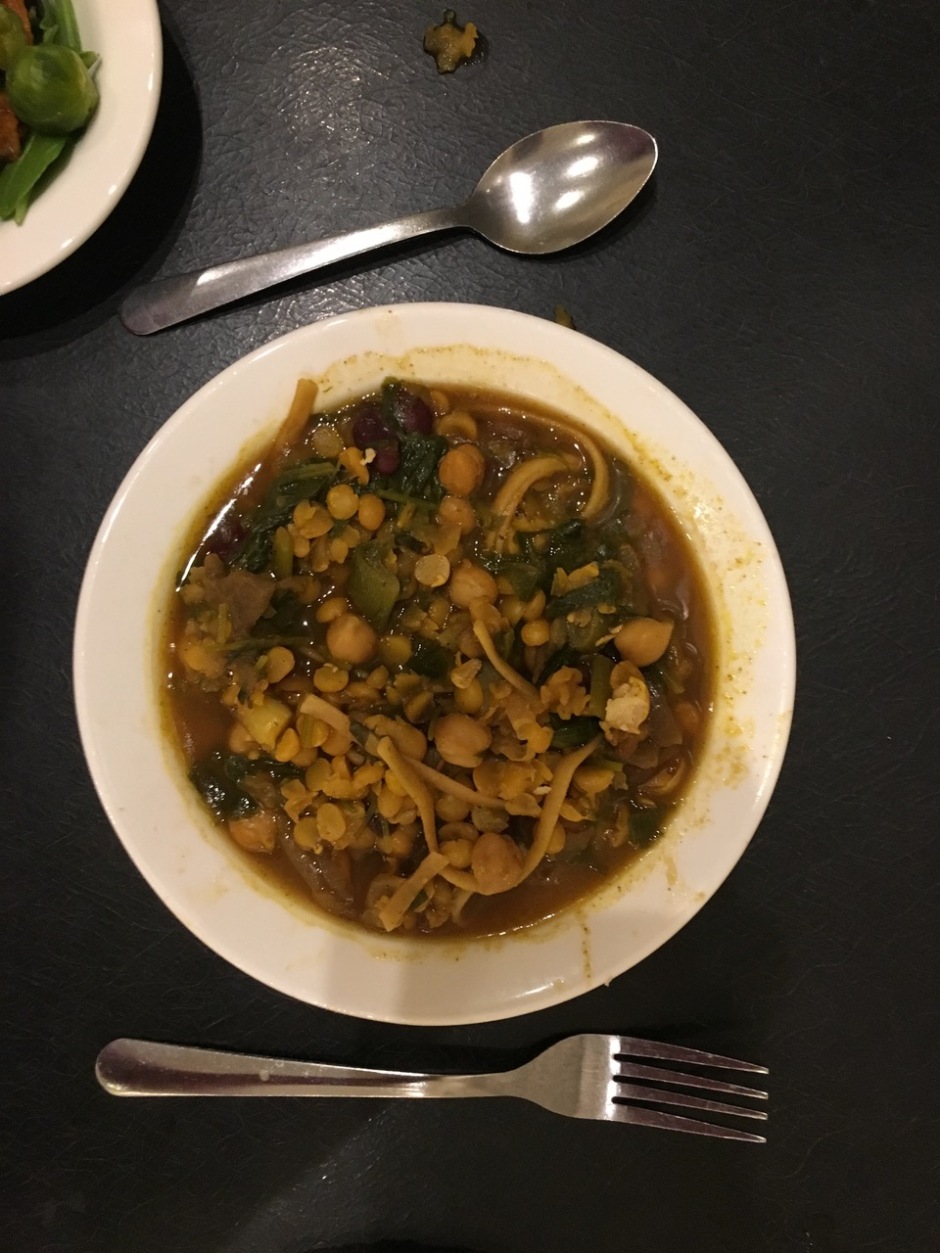 I first got to know Yotam Ottolenghi at Powell’s Books, a massive independent bookstore in Portland, Oregon. His cookbook, Plenty More, lay open on a “Staff Recommended” display. “Vibrant Vegetable Cooking,” read the book’s subtitle; all of its recipes were vegetarian, highlighting the overlooked value of vegetables in gourmet cooking. Ottolenghi is the owner of several delis and restaurants in the UK, the author of four cookbooks, and he is arguably one of today’s most influential culinary figures.
But I didn’t know that as I flipped to the “Simmered” section of Plenty More. What I did know was that his recipe for Legume Noodle Soup sounded delicious, and it came with some pretty mouth-watering food-tography. One impulse buy later, Plenty More was mine and I was already making dinner plans.
Together, my mom and I have made this soup for countless get-togethers and parties, sometimes doubling or even tripling the recipe. Leftovers of this soup are highly valued in the Winters household, so when we make a batch, we don’t mind having ready-to-pack lunches for the next week and a half. 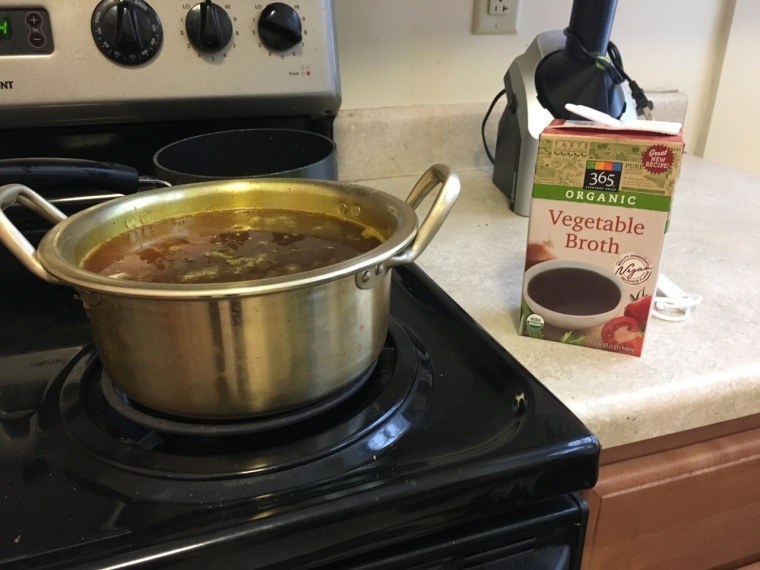 What makes this soup so incredible is the way it combines flavor with healthiness. It’s got legumes: protein. It’s got noodles: carbs. It’s got spinach and fresh herbs: healthiness. Everything is simmered together with onions and garlic and turmeric. Oh yeah, and butter…lots of butter. It’s a flavor powerhouse and a balanced meal all in itself. This weekend, I decided to bring back some fond memories and make myself a heaping pot-full. It ended up lasting me seven meals, which came in handy especially on Tuesday and Thursday, when I have nonstop class from 10:00 to 2:30 (plus section until 4:30 on Tuesdays!). Hopefully my French 40 classmates didn’t mind the wafting aroma of turmeric-y, dill-filled legume noodle soup as we analyzed French cinematography…
*In honor of the Environmental Action Committee’s Veguary Campaign, which tries to get people to commit to a reduction in animal consumption during February, I’ve been vegan since the beginning of the month. I just had to swap the butter in this recipe for olive oil, but I don’t think it affected the flavor that much.
Also, since the original version requires some fancy schmancy cookery that’s just not reasonable for college students cooking in the Grays common room kitchen, I’ve made some alterations with convenience in mind (e.g. in my version, you don’t need to measure 125 grams of dry chickpeas and soak them overnight with baking soda). 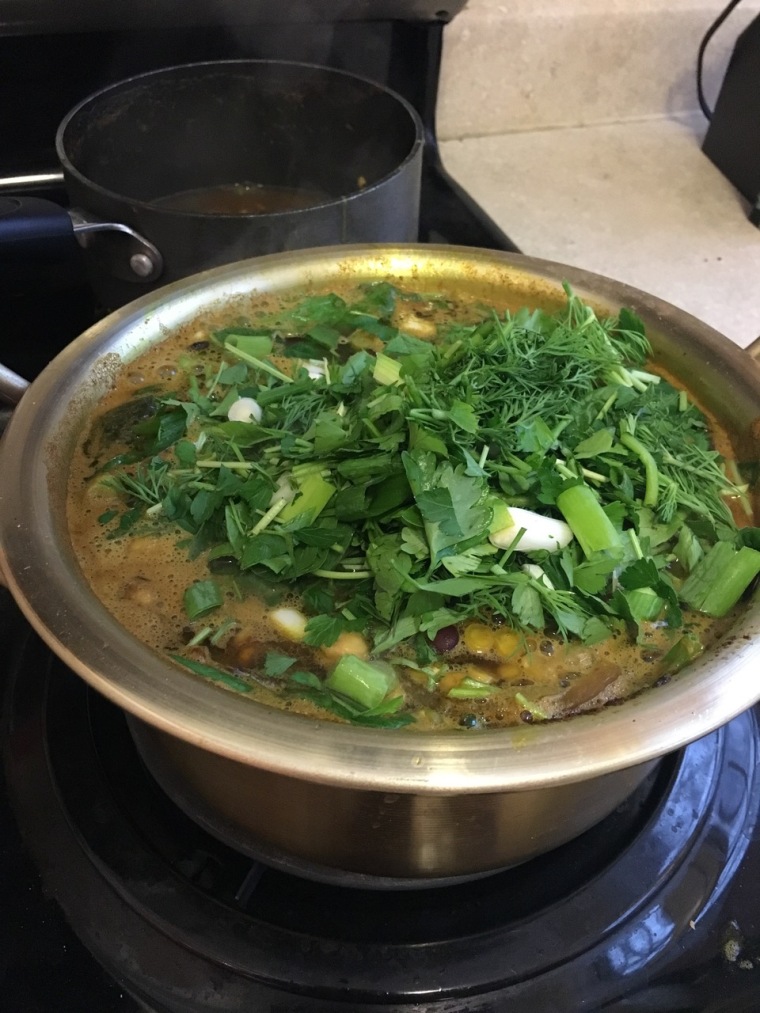