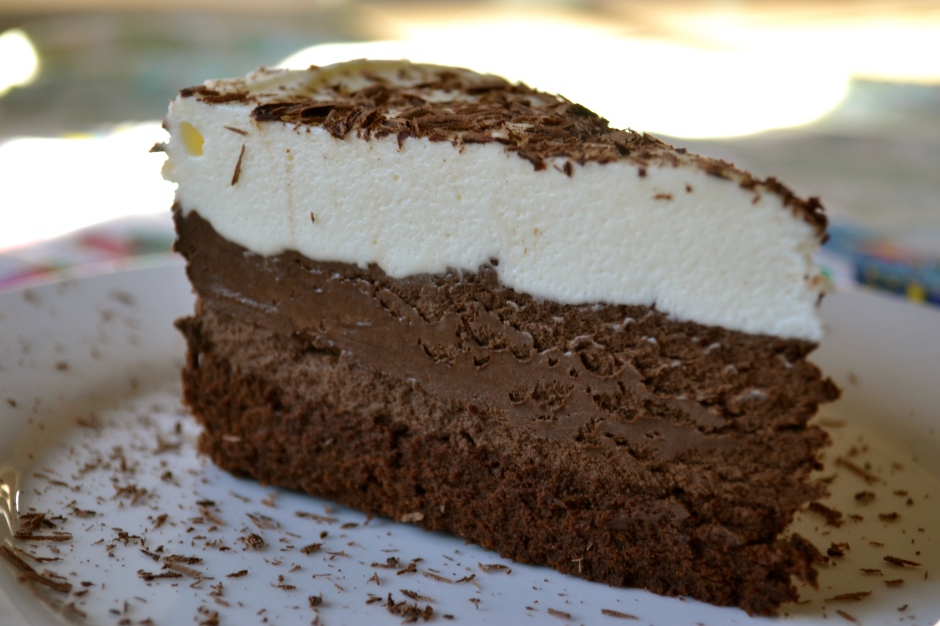 You can also follow Victoria’s baking adventures on her personal blog Sweet Dreams: Adventures in Baking.

You know it’s going to be a good night when you walk into the dhall and find chocolate cream pie for dessert. There’s something about the light and creamy chocolate filling paired with the crumbly graham cracker crust that causes your stresses from the day to melt away. I know you know what I’m talking about because the excitement is audible as people first see the night’s dessert offering. There are proclamations of satisfaction. You just don’t get that with the lemon shortbread bars. Needless to say, my Saturday brunch was made when I saw that little mound of sugary heaven. 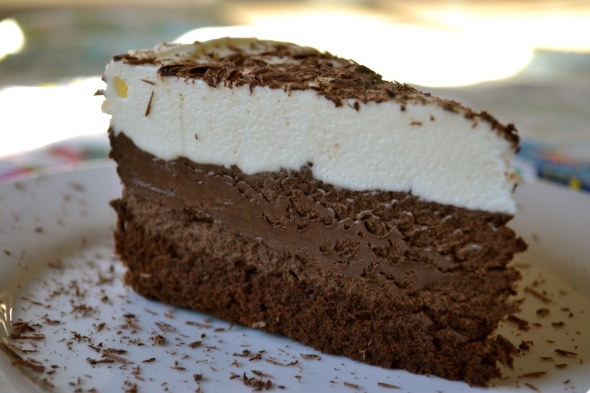 But what if I told you that you could make something with not one but two layers of chocolate mousse? And rather than a disintegrating graham cracker crust that honestly could benefit from a little butter to hold it together, a layer of flourless chocolate cake serves as the base for these two-toned layers of chocolate decadence? Don’t get me wrong; I’ll be the first to admit to embarrassingly excessive excitement when HUDS spoils us with chocolate cream pie. But I’ve also tasted the magic of Cook’s Country Triple Chocolate Mousse Cake and experienced its transformative effect. 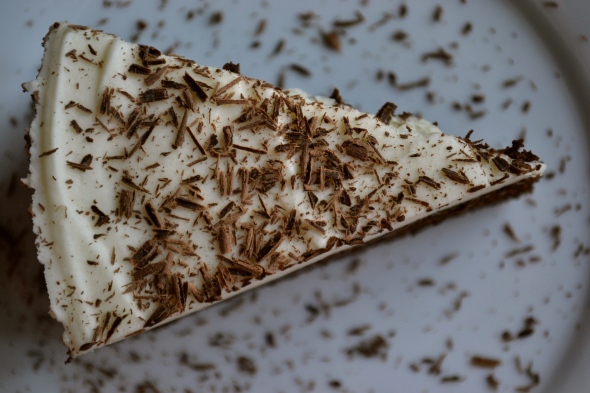 The cake takes some effort: with three layers of different flavors and consistencies, there are a good number of steps to this recipe. But none are particularly challenging, and you can work on one layer while the other is baking or chilling. It’s almost like science class in sixth grade where you experiment with colored liquids of different densities that form a beautiful rainbow of layered liquids. Except the cake and mousses aren’t going to move through each other, so…

Maybe the comparison doesn’t work, but the idea is there. The excitement is the same, the thrill of three distinct layers of different colors, the same. Except unlike middle school science class, it’s not water and rubbing alcohol and baby oil, so I can promise you it’ll be much more edible than any retro density-related science project. And for everyone who shares my sentiments that chocolate cream pie is HUDS gold, I promise you that this triple chocolate mousse cake will exceed even your sweetest dreams. 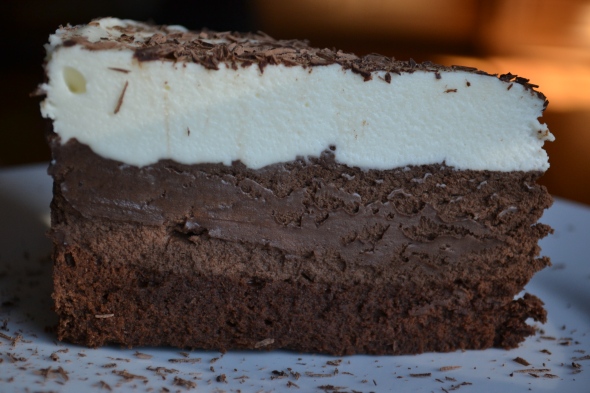