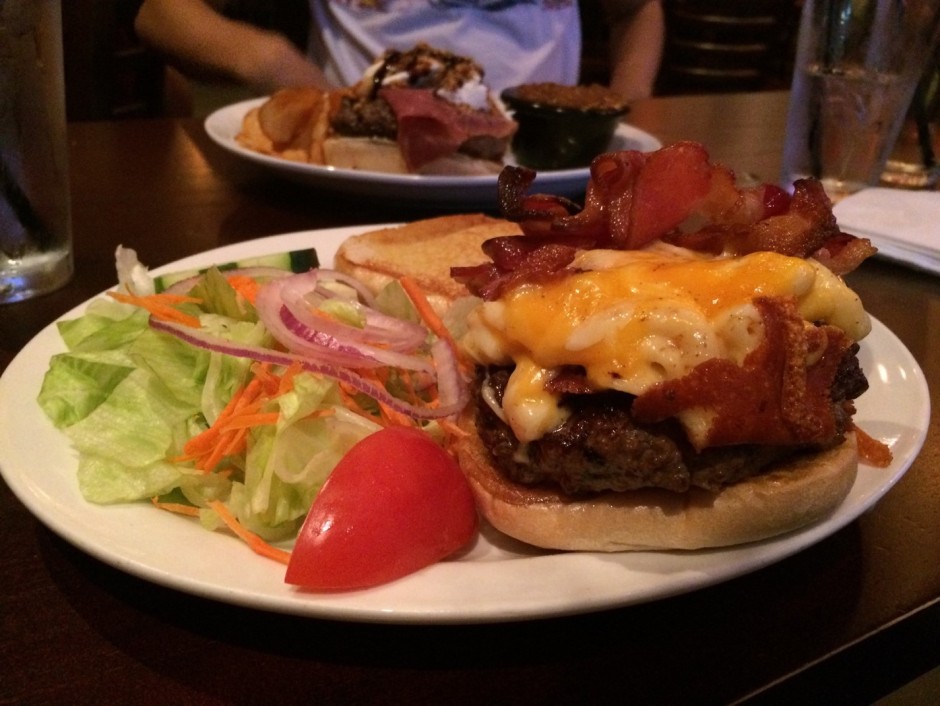 I grew up with Food Network. Rachel Ray was my spirit animal, Emeril was my alarm clock with his “Bams!” and “Kick it up a notch!”. Saturday mornings were spent in the kitchen with a box of Kraft mac n cheese, where I would pretend to be Rachel Ray, standing on chairs to reach the stove.

In short, I believe in Food Network. So when I say that there was a new show, Guy’s Diner’s Drive Ins, and Dives, I was like…. wtf.

Who the heck is Guy Fieri? Where did he come from, this weird dude with porcupine hair and a smoker’s voice? How was he qualified to give anyone advice on food? He was literally like a bum in my eyes, some creepy stranger that lacked the authenticity and substance of the Food Network icons like Emeril or Alton Brown or Cat Cora?

It was karma that my sister and mom fell in love with the show, forcing me to endure hearing their oohs and aahs over what I felt was a mediocre restaurant with a perv for a host. But I got over my initial resistance, and while I am still by no means a fan of Guy Fieri, I’m in the habit now, when I travel or go anywhere, to look for restaurants that were featured on his show because many of them are often hidden gems.

The closest one to Harvard, besides Bartley’s, is Boston Burger Co, and given the opportunity to go, I was happy to try it out.

Having looked at the menu and the prices, I was expecting a chain like Shake Shack or Tasty Burger, but it was an actual restaurant ambience, a clean place with actual table service and tableware, which was really nice. 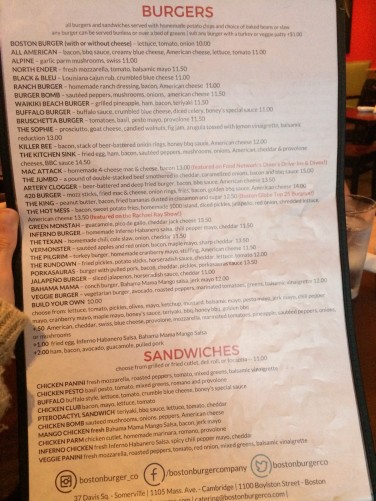 The menu was extensive, another warming sign; a menu that tries to much fails more than it succeeds. But my friend and I ordered without incident: the mac attack for me, because that’s what Guy Fieri had, and the Sophie for my friend. It was an excellent sign that the waitress asked how we wanted out burgers cooked.

The burger was supposed to come with chips, but my poor stomach couldn’t handle the prospect of more junk food, so I just got a plain salad. 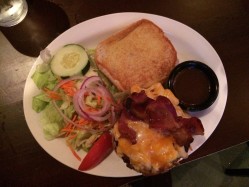 Then the burger was brought, and my first thought was that wasn’t as big as I would have expected. I actually think that was a good thing, considering the powerful flavors contained. Meat, mac n cheese, and bacon. That’s it.

And the flavor was definitely there. Not, it wasn’t gourmet, wasn’t extremely sophisticated, wasn’t enveloped in layers of flavors. But it’s a $13 burger, and gourmet does not necessarily mean good. It was solid. The mac and cheese was the gooey, stovetop kind, not a particularly complex flavor but also not one-dimensional and fake. The bacon was crispy and well cooked. The bun didn’t give way, holding it’s body without being stale or bland (although it had a shiny, almost oiliness that was a bit off-putting). Overall, it was a good burger and I enjoyed it. 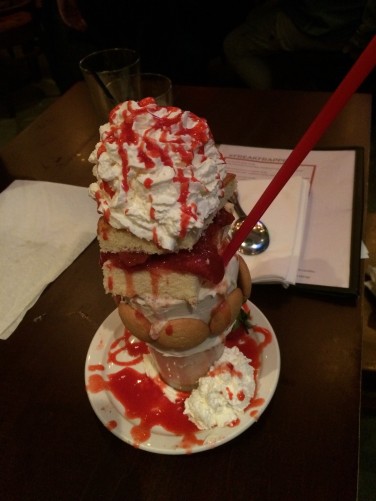 Then I just had to order a frappe. I couldn’t help myself. I got the strawberry one, and looking back that was probably a mistake. Most strawberry desserts, if they are on the cheaper side, are usually fake strawberry, syrup or canned or even extract, and this was no exception.

The frappe came with a grand entrance, but the flavor didn’t deliver. It was just a rather think syrupy drink. The whipped cream was normal, not especially fresh or special. The Nilla wafers that were glued via frosting to the glass were stale. It came with a piece of cake on top, but if you’re going to put cake on top, either make it good or just don’t put it. It doesn’t help your case to stick on there two stale, dry squares on plain vanilla cake with syrup, clearly canned strawberries in between that had the bitter taste of preservation.

Like I said though, strawberries desserts are always tough, always a compromise. I’m sure that any of the other frappes would have been better, especially the Nutella one. If only Boston Burger Co. would invite me back to do a sampling! **wink wink nudge nudge**

So is Guy Fieri’s judgment sound?

I would say yes. Relatively affordable complex burgers are not rare, but that doesn’t diminish their value, especially if they are done well. It’s a solid standby that won’t blow your socks off, but still has a bit of a wow factor if you order the right things.

Remember to follow the Crimson Crave on Instagram at @crimson_crave and if you to see more about my personal food adventures, feel free to follow me at @tinyfoodtraveler!