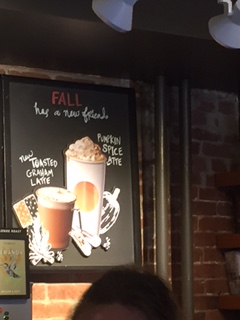 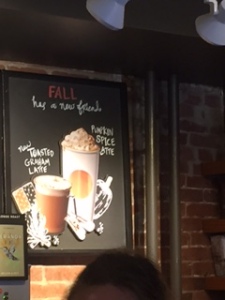 Growing up in southern California, fall was never really a thing for me. When temperatures dipped into the 60s, we would bundle up in our leggings and uggs and head to class. The leaves never changed color because most of the trees were already dead (thank you California drought) and the ones that weren’t were palm trees.  But there was one thing that meant fall had truly arrived: the pumpkin spice lattes.

Pumpkin spice lattes, or PSLs, are fall’s gift to earth. In the last decade, Starbucks has sold over 20 million of them.  They’re everything wonderful and make everything okay. This year, for the first time ever, they even contain real pumpkin. But they are constantly attacked, which begs the question: why?

What’s wrong with enjoying a fall-flavored latte on a cold day? Why is it an offense to drink a coffee the same color as the leaves on the ground? I think people are entirely too critical. Pumpkin spice lattes aren’t basic because more than one people enjoy them. I’m not going to find coffee at some alternative venue with about three regular customers. It’s out of the way and, frankly, I don’t want to.

And so am I. So the next time I’m late for class because I got stuck behind a long line of PSL enthusiasts at Starbucks, don’t judge me. Be jealous of me because I’m sipping on a slice of heaven.